An action figure from a young gay man’s Christmas Past comes to life to help him find the courage he needs to come out.

[“Christmas Coming Out” is the sixth short of my “7 Queer Christmas Shorts for 2021” post. To read the next review, “When Harry Met Santa“, click HERE. To read the previous review, “The Syed Family Xmas Eve Game Night”, click HERE.]

I very nearly missed this new gay Christmas short, as it’s only available over at GayBingeTV. But I’m glad I didn’t, because it’s quite charming! Yes, it is another coming out story – but there aren’t many that are set at the holidays. (Nor is there nothing wrong with more, good coming-out films!) Sure, it gets a tad fantastical as we have to believe a toy action figure can come to life (Carnage is quite a sexy soldier!) Yet it’s that whimsical gimmick of motivation from Carnage, along with a more somber push from his boyfriend, that leads to Patrick finally coming out to his parents about being gay – and living with his partner. Of course, they already knew! This just adds that extra oomph of happiness to a cute short film.

Synopsis of “Christmas Coming Out”

An action figure from a young gay man’s Christmas Past comes to life to help him find the courage he needs to come out.

When I first saw the trailer for “Christmas Coming Out”, I was already hooked! Even within the trailer, they did a great job to set up the premise for the short film. (Although I have to admit that most of the plot was already given away in the trailer… oops!) It gave us some romantic moments, some heartbreaking moments, some tense moments, and even some fun & whimsical moments. A toy solider coming to life – naked? Bring it on!

When GayBingeTV finally released the full queer Christmas short film earlier this month, I loved it even more than I thought. And surprisingly, the story was fleshed out quite a bit – and with a lot of comedy was added in! The end result is a rollercoaster of a ride of emotions all crammed into 17 minutes of the short film.

You would think that in a film where our protagonist is struggling with a boyfriend threatening to leave because he cannot come out to his parents and coming out to his parents itself, there wouldn’t be much humour. Yet that’s actually one of the reasons that Courage is included in the script. (Even though it’s utterly unrealistic that a toy could come to life!) One of the best parts though? When Patrick brings out fruitcake for his folks and his dad mutters, “I hate fruitcakes!” The utter look of shock and unbearable pain on Patrick’s face is hysterical! (Although I wasn’t a fan of Ford Nelson breaking the fourth wall and looking at the camera.) Or when Courage is shoved back into the closet when James returns home!

Yet for all of the comedic moments in “Christmas Coming Out”, there are some very emotional and tough moments. Most of Jame’s scenes actually are not happy, because he is struggling with what to do since Patrick refuses to come out to his folks. And Arthur Marroquin really brings the caring yet hurt boyfriend to life in a way that compliments but contrasts Ford’s portrayal of Patrick. The most emotional scene though has to be when Patrick finally comes out to his parents. Of course they knew already and profess their love for their son, right before Patrick and James share a heartfelt & romantic kiss.

I have to praise Ford for doing an incredible job with Patrick’s character. The script takes him through quite a range of emotions, having to keep everything bottled up all while trying to finally tell his parents that he is gay. It’s quite believable and we can relate nearly every step along the way. Surprisingly, Courage is not just there for comedy and gratuitous butt shot nudity! Tyler Horn shows an emotional arc with the character that is both heartfelt and unexpected – especially since he’s a toy solider brought to life. The moment when Patrick confesses that he cannot do it and Courage reveals the ring James meant to give him is a very human reaction that tugs at our own heartstrings. But before we forget, Katryn Schmidt and Timothy McKinney do an excellent job portraying Patrick’s seemingly conservative parents who only care about their son’s happiness.

The short film itself is very well shot. Each frame is placed thoughtfully, especially once Courage becomes human! While I strongly suspect that director Art Arutyunyan wanted to repeatedly highlight the very toned gluteus maximus of Tyler Horn, framing Tyler on the ground behind or in front of Courage gives us that hint of nudity without actually showing anything naughty. I did catch a couple rough handheld camera shots, but for the most part the cinematographic elements go unnoticed – which is the goal of a well-made film. And visually it’s stunning. The set decorators went all out with the Christmas decor; their home looks like it belongs in a home decor magazine!

“Christmas Coming Out” is a comedic, yet heartfelt queer Christmas film is a wonderful addition to the queer Christmas oeuvre. While you have to subscribe to GayBingeTV in order to watch the short, it is worth it! (They offer a 1 week free trial too.) If you’re looking for something fresh to add to your watch list, I highly recommend giving “Christmas Coming Out” a go. I’m sure you will enjoy this whimsical short film as much as I. And don’t forget to watch the entire credits which show a very young Patrick unwrapping that actual toy solider, Courage. It’s quite a cute way to wrap everything up!

Queer Relevance of “Christmas Coming Out”

The queer relevance of “Christmas Coming Out” is rather obvious. Both Patrick and James are a gay couple living together for the past few years. It even appears that James is ready to give Patrick a ring. (Although that doesn’t mean he plans to propose… since he never actually gives him the ring in the short film.) However there’s one major hurdle that becomes the main problem of this short – Patrick is not yet out to his folks!

While this is yet another gay coming out film, there aren’t too many that are set at Christmas time. Nor do the others use the gimmick of a toy soldier coming to life in order to motivate it all! However, so what if there are plenty of other coming out films? As long as they are well done, which is the case with “Christmas Coming Out”, there will never be “too many”. 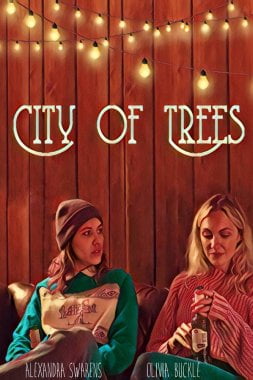 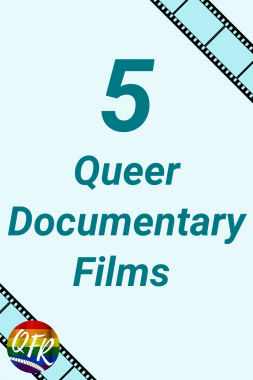