Jamie is a singer whose cabaret partner and boyfriend dumped him a year ago. Since then, he has angrily shut out the world, licking his wounds and always putting himself first. His best friend Elaine has had it, and calls out his selfishness, which only hurts Jamie and pushes him further inward. Jamie’s neighbor, Ben, is a poet who is reeling from the devastating loss of his mother a year ago, and currently lives like a hermit with his brother, Luke, and sister-in-law, Alicia. When Alicia asks Jamie to reach out to Ben, Jamie sees his opportunity to appear generous and prove Elaine wrong. Slowly, Jamie starts falling for Ben. But has Jamie really changed?

Two drowning men throw each other a lifeline.

After being asked to give “Getting It” a watch by Writer/Director/Actor Tom Heard, I did some quick perusing about the story to gauge my interest. While it actually has a high rating on IMDb, I equally found reviewers who were not a fan – one even remarked that the film is nothing more than a personal vehicle to showcase the “talents” of Tom Heard. Ouch! After watching it through twice now, I am happy to say that there are a few decent elements to the film… but that’s about all. Let’s break it down so you can understand why “Getting It” did NOT ‘get it’.

Synopsis of “Getting It”

(I ran short on time this week, so I’m borrowing Tom Heard’s well-written synopsis until I can write my own)

The story begins with Jamie, played by Heard, who has been recently dumped by his partner of several years. The two had been a successful cabaret act, but Jamie’s years of self-centeredness was finally too much for his boyfriend Patrick (Luke Hill) who promptly dumps him one night in mid performance. But instead of this being a learning moment for him, Jamie doubles down and becomes even more selfish in his bitterness over the breakup. Now he only sings for himself in his living room.

Living next door to Jamie is Ben (Donato De Luca) a young poet who is dealing with the loss of his mother after a long illness. He is now living with his brother and sister-in-law. Ben is struggling with the circumstances surrounding his mother’s death and agonizes over his role in her care towards the end. He has shut out the world and refuses to interact with anyone outside his apartment which worries his sister-in-law Alicia (Lesley Pedersen) who tries continuously to bring Ben out of his shell.

Meanwhile, Jamie’s best friend, Elaine (Sharron Bower) has had it with Jamie and calls him out on his selfish behavior which only makes Jamie more defensive and resentful. But when Alicia senses a possible connection between Jamie and Ben after a brief conversation between the two men, she asks Jamie if he might be willing to spend some time with the struggling Ben. Jamie immediately goes into his usual evasive maneuvers to avoid doing so, but then sees an opportunity to prove everyone wrong about him and do something seemingly generous for someone else.

Jamie and Ben decide to take a road trip into the country which Ben is definitely down for. He has become intrigued with Jamie and sees this as the start of something romantic in nature. Jamie, however, is still only in it for what he can get out of it to save his reputation. But after a series of adventures and an overt pass from Ben, Jamie’s stoic resolve to maintain a platonic relationship crumbles and he begins to fall for Ben. But Jamie’s basic nature hasn’t changed and his old patterns resurface quickly to threaten the new relationship almost as soon as it begins.

Alright… there’s a LOT of issues with “Getting It” and even a second screening did little to change my impression. First off, I am a performer myself. Given that a rather large chunk of this film is Jamie (Tom Heard) performing for himself as if he’s onstage again, it was hard to ignore this unique element. Unfortunately, I was not a fan. While there’s a line where Jamie pretends his singing was a recording of Sinatra, the reference and his singing went flat. Sure, Tom has a decent voice and a quick perusal of his personal life shows years of performance credits. But for Jamie’s character, a singer/songwriter who’s been driven away from the stage after an embarrassing incident – I don’t buy it. It screams community theatre, which is perhaps the type of performer Tom Heard is in real life.

And speaking of characterisation, could Jamie be any more closer to the stereotypical old, worn out queen who only cares about himself – and then mopes around when he isn’t loved back? Boring… At least Ben, while an equally depressing guy at the start of the film, has a strong reason for being miserable: he helped his mother commit suicide and is being dragged through the mud by his brother and his own mind as a result! The rest of the characters are adequate; neither bad nor good. Although Linus (Adrian Laguette) was a bit annoyingly flamboyant at times. With regards to the actual plot of “Getting It”, again it’s been done before: jaded old gay guy is brought back to love via a younger man, nearly ruining it all because of some internal issue he has to overcome, but in the end love blossoms. The only real novel twist was again, Ben’s backstory and the broken relationship with his brother as a result.

Cinematographically, things weren’t much better. There was a notable audio difference whenever Tom sang versus the rest of the set sound. It’s clear that the singing was recorded in a studio, which should only be notable if Jamie was actually shown singing IN an actual studio. Instead we get an odd balance. While it initially worked for the opening scene, the repetition of this sound imbalance continued throughout the film and quickly became distracting. But not as distracting as the shaky handheld camera work! Look – I get that this film was produced on a low, independent budget and cannot afford the same talents as major films. But shaky camera work is inexcusable unless you’re going for a raw, handheld feel – which was not the case in most of the instances where it was distracting away from the story. (Or perhaps I paid more attention because I got bored with the slow progression of the story itself and noticed the shoddy camera work more? Neither of which is good…)

However, the worst part was the directing & editing – or rather lack there of! While not only giving off the impression this was a pet project to showcase Tom Heard’s talents, Tom was involved with all of the key aspects of filmmaking – which was at least one too many. Now, I don’t mind a writer/director combo because it can actually make it easier to tweak the story & film during shooting. But by deciding to also star in his own film, “Getting It” lost a key element for a chance of success: the ability to cut & edit ruthlessly as the Director. When Tom was in front of the camera acting, who was directing? My guess is no one – and it’s evident as there are many slow moments and scenes that just don’t land right. Many of these could’ve been improved were Tom solely behind the camera. Unfortunately, “Getting It” suffered as a result.

Whew… Looking back, I really tore this queer film apart! However, “Getting It” was not entirely all bad. I’ve given half stars to three areas: the Cast/Acting, the Cinematography, and shockingly, the Directing/Editing. While each rating criteria had issues to pull that separate rating down, there were also elements within each category that also were impressive. Oh, and I absolutely loved the song Jamie sings at the reception, written by and sung to Ben as both an apology and proclamation of love.

First off, I really enjoyed Donato De Luca as Ben. I found his character arc to be quite captivating, starting with a unique and untold backstory. It’s easy to see how even someone as jaded as Jamie could end up falling for Ben. And as I noted above, the rest of the cast were decent – even flamboyant Linus who did add a special queer charm whenever he was onscreen. Equally impressive is the fact that they were able to bring this film to life on a limited independent budget. If we ignore the camera & sound issues, the end film actually feels like a finished product. And yes, I have to give credit to Tom Heard for attempting to manage it all; again, we have a feature length film to watch. Sure, there are plenty of issues with the film – but I cannot ignore what it takes to bring it all to life. THAT pet project is one of Tom’s that I will certainly concede and grant a partial score.

Ok, so my review is probably rather brutal and harsh. Part of me feels a bit bad because Tom Heard had asked me for a review, and I don’t want to rip it to shreds. But then, the entire point of my website is to give blunt reviews of the good queer films – and the bad. Unfortunately, “Getting It” is towards the lower end of the rating scale. I concur that this film is nothing more than a personal ‘pet’ project for Tom Heard that lacked a degree of separation needed in order to really pull a film together. The couple good bits were overlooked as a result. But hey – you don’t have to take my word for it!

Queer Relevance of “Getting It”

Gee, some of these Queer Relevances are a bit difficult to write. Obviously, this is a queer film because our two leads are gay and end up dating each other. But “Getting It” does throw in some other drama within the LGBTQ+ community such as self-centred issues, relationship troubles, and more. In the end, it’s certainly a queer film. But there’s also not much that transcends its relevance towards the community overall. 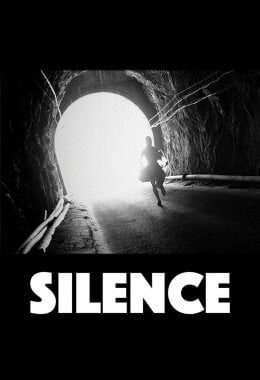 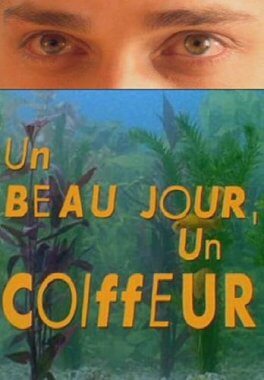 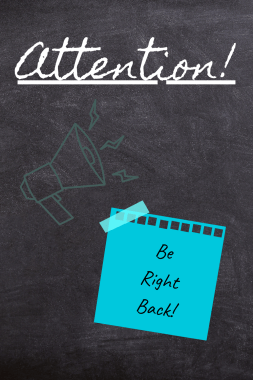